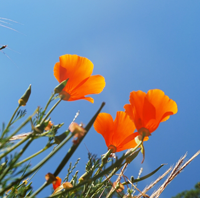 “Life is like playing the violin in public, and learning the instrument as one goes on.”

There is a very wide variation in what’s considered “normal,” especially when it comes to body parts. Just because an aspect of your body is “normal,” that doesn’t mean you’re necessarily satisfied or comfortable with that body part. Nor does it prevent you from wishing to alter your appearance.

Women tend to desire genital remodeling of the vulva (labia, clitoral hood) or vagina for many reasons, including aesthetic/cosmetic, enhancement of self-confidence and sexual openness, as well as “functional” reasons such as discomfort caused by overly generous labia, difficulty in fitting into snug clothing, chafing, hygienic difficulties, etc. Others desire genital alternations for sexual enhancement after the “loosening” that frequently follows childbearing. This alteration can improve coital friction via vaginal tightening and improve vaginal muscular strength.

A “well-endowed” woman with large labia, or a woman who has had a couple of large children and now finds herself with declining pleasure in sexual intimacy due to a lack of friction from vaginal laxity — these cases are not abnormal. However, just because something on your body is “normal” (like small breast size), that doesn’t mean it can’t be revised to provide increased comfort and pleasure for its “wearer.”

Few physicians would be disturbed if a patient wished to enlarge or lift very normal—perhaps “A” or “B” cup-sized—breasts to a size she feels she’ll be more confident in. The same thing applies to someone wanting to alter a quite normal but perhaps hooked nose, or have liposuction of a very normal midlife paunch or disturbing cellulite. Although all of these variations are quite normal, we would not deny a patient her decision to alter the body part. We also would not pin the label of “body dysmorphia” or “Body Dysmophic Disorder” (BDD) on her/him solely because she wished to alter a body part we thought was fine.

Where do we draw the line between a personal and acceptable request for a body alteration, and a psychiatric diagnosis of BDD? Who is the arbiter?

Why is it that some physicians don’t mind if their patient seeks their opinion of a good plastic surgeon for augmentation of very normal but small breasts, but they take issue if their patient with a largish but “normal” sized vulvar accessories inquires about labial or vaginal alteration?

This is where parental and puritanical overtones often come into play.

This is a woman’s intensely personal, forbidden and sexual area, and modification for cosmetic reasons, or to gain additional comfort or improved sexual satisfaction, tends to be set apart for so many of us, even though it should not be.

Gynecologists in particular—perhaps because we see so many more vulvae than any other group of individuals—are conditioned to the variability in vulvar size. We know that “it’s all normal” and often wonder why anyone would like to alter such a sensitive and sexual area. In fact, many physicians are not afraid to lecture their patients against change. However, this is not our body, our genitalia, or our sexual sensibility, and women who wish to alter the appearance or function of this area should not be judged.

For the sake of argument, let’s “objectivize” and think of the vulva solely as a “body part” no different from one’s nose, breasts, hair color, etc. In my opinion, the vast majority of women requesting genital alteration do not have body dysmorphia. In 2011, a small pilot study was published in the Journal of the American Academy of Cosmetic Surgery. Lori Brotto, PhD and Samantha Fashler, researchers from the University of British Columbia in Vancouver, and I found, based on a widely validated questionnaire for diagnosing BDD, that greater than 60% of women requesting vulvar alteration qualified for moderate body dysmorphia. However, six months after their single genital procedure, this percentage had fallen almost to a level the same as the “control group.”1

Did these women truly have BDD based on their desire to alter one specific body part? Or did they only have a significant cosmetic or functional (discomfort, chafing, hygienic difficulties, etc.) concern bout a specific body area, carrying with it all the cache that society has given the female genitalia? Perhaps they wanted what so many normal individuals want: relief and a solution to their specific discomfort, not lectures about “their normality” or to be told to “live with it,” or spend time with their therapist discussing how to fit comfortably into the body that they have.

It’s Time for a Change

I began honoring women’s requests for genital remodeling in the late 1990s. However, it was not until the mid-late 2000s that labiaplasty, vaginoplasty and other internal and external genital functional and cosmetic “alterations” began to become a part of the rubric of plastic and cosmetic surgery.

I have personally written or contributed to six peer-reviewed, evidence-based medical publications; written textbook chapter on the subject of Female Genital Plastic/Cosmetic Surgery; and am presently preparing a textbook devoted entirely to this newly emerging field. I have spoken and taught at several national and international meetings and courses on the subject and teach masters courses on Genital Plastics.

Unfortunately, I have yet to see a well-written, detailed and informative piece on this increasingly popular subject, either online or in popular print media. Basically, all you get are chop jobs written by unethical journalists, freelancers who’ve already made up their minds and wish only to write sensationalist drivel to more easily sell their work to waiting women’s magazines. After all, truth and interviews with conscientious surgeons and psychotherapists sell less copy than input from the opinionated edges of the profession, steeply colored by the journalist’s own bias. Why would we let truth get in the way of a good story?

It can be frustrating.

It’s time for this situation to dramatically change. Over the next several months, I’ll be publishing a special blog series on the truth about the intimate world of genital alteration. If you’re considering a procedure for yourself, or are merely curious about the options available to you, stay tuned to learn everything you need to know about genital plastics.