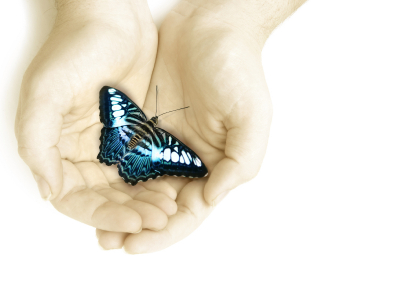 The filmmaker Woody Allen, through one of his characters in the movie Manhattan, is spot-on when he says, “Sex is the most fun you can have without laughing.” Few things in life are fun, free and healthy. Sex is one. Is it any wonder, then, that visual appearance and function can have such a deep impact?

The decision to undergo genital plastic/cosmetic surgery has a strong psychosexual basis. It’s very well established in peer-reviewed psychological and sexual medicine literature that a woman’s comfort with her body—especially with the sexual areas of her body—directly affects her sexuality and sexual function.

Actual quotes from patients speak for themselves:

“When you feel bad about your body, especially this part of your body, it’s kind of impossible to let your true feelings and passions show.”

“It never bothered my husband, but it was always like ‘Yuck!’ All I know is that what I had, I didn’t like.”

Additionally, according to Laura Berman, PhD, director of a treatment clinic for female sexual dysfunction in Chicago, a woman’s comfort level with her genitals affects her sexual enjoyment.

Cindy Meston, PhD and her group at University of Texas, Austin have studied genital self-image and sexual wellbeing and its influence on sexual function and distress. They wanted to learn what type of genital appearance is considered visually appealing to men and women, and whether genitalia modified by cosmetic surgery were judged as more attractive compared to unmodified genitalia.

They found that genital self-image was positively correlated with things like arousal, lubrication, orgasm, satisfaction and pain and negatively correlated with sexual distress. The group concluded that women with positive genital self-image experience higher levels of sexual functioning and lower levels of sexual distress. In their study, female genitalia modified by genital cosmetic surgery were considered more attractive regardless of age and gender by both men and women.

Dr.Yessica Pujols and others from Dr. Meston’s group published a research paper in 2010 showing positive relationships between sexual functioning, sexual satisfaction and body image variables. It suggested that “women who experience low sexual satisfaction may benefit from treatments that target these specific aspects of body image.”

The Effects of Genital Plastic Surgery

Physicians who work with women interested in altering the size, shape and contour of their external genitalia understand the degree to which extremes of size, dissymmetry, “looseness” or visually self-perceived unattractiveness effect these women.

Protrusion of the labia minora well beyond the confines of the labia majora and darkened coloration from redundant labial epithelium are the most common reasons women give for surgical requests. The experiences of many genital plastic surgeons confirm the very real and considered nature of these complaints. Many of these problems have nagged patients for years, and physical discomfort and cosmetic concerns are frequently combined.

I and Dr. Lori Brotto’s group from the University of British Colombia in Vancouver completed a small pilot study in 2011, the first study ever of genital plastics where data was gathered starting prior to surgery. This study found that women seeking cosmetic and functional genital modification scored similarly in terms of psychological and sexual function before surgery, but that over 60% of genital plastic patients qualified as having “moderate” Body Dysmorphic Disorder (BDD). Six months post-operation, these women noted a slight but definite improvement in their sexual functioning, and evidence for BDD fell to levels similar to the control group, suggesting that this was not true “body dysmorphia,” and emphasizing the (temporary but significant) personal effect of perceived “abnormalities” in this area.

Preliminary data analysis tends to confirm the diminished body image issues of this group of women at 6-9 months after their surgery. One-year data appears to show the same trend: Body dysmorphic symptoms fall dramatically after surgery.

It is the genital plastic/cosmetic surgeon’s responsibility and duty to assure, as much as possible, that they are operating “on the right person with the right procedure, for the right reasons.”

The largest sexual organ in our body is between our ears. No surgical procedure will improve or “cure” a body image or sexual dysfunction. An attempt to “get everything perfect” for a woman with an eating disorder or problematic sexual functioning will only cause harm.

Many times surgery may not be the best answer. Understanding your sexuality and that you are not abnormal, and learning to feel comfortable in the body “God gave you,” may in some instances be much better than surgery. Remember, you can always have the procedure done, but you can never have it undone. If there is any question in your or your doctor’s mind, it may be best to wait a bit. For some, entering into short-term psychological and/or sexual therapy may be the better initial choice, delaying the surgical option until you know it’s the right decision for you.

In my practice, I interview women who don’t understand the process of orgasm or the difference between clitoral and vaginal orgasms. Many women who need direct external clitoral stimulation in order to experience orgasm feel that “clitoral unhooding,” which usually involves only removing redundant skin (like a man’s foreskin) from the clitoral hood, will induce or improve their orgasm. While it is true that the added exposure of the clitoral glans (“head” of the clitoris) may make orgasm easier for some women, improved orgasms are definitely not a promise the genital plastic/cosmetic surgeon can or should make.

That said, according to the largest outcome study of genital plastics in the world (258 women; 341 separate procedures), two-thirds of women undergoing labiaplasty with or without clitoral unhooding reported “enhancement of sexual function,” and a full 87% of women (plus 82% of their male partners) reported mild to significant improvement sexually after a vaginal tightening procedure.

Experience surgeons report an improvement in sexuality experienced by both women having external procedures, and especially patients undergoing vaginal tightening procedures. The results are, of course, far less certain after surgery performed by less-experienced practitioners, i.e. surgeons who have not taken a course specific for genital cosmetics, or surgeons who have performed a limited number of procedures.

Additionally, since so much about sex has both a psychological and verbally suggestive component, one might expect that any procedure that purports to have a positive sexual effect may do so by its placebo effect alone. In the case of genital plastics, I suspect that both effects occur.