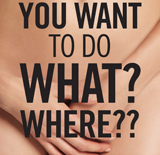 The term “Genital Plastic Surgery” is a bit vague. What are the specific procedures?

For this post, we’ll be focusing on external procedures.

The term “labiaplasty” (“LP”) refers to the surgical alteration, usually via size reduction, of either the labia minora (in most cases) and/or labia majora (the “outer” lips).

That said, it’s worth noting the most important aspect of the procedure is the surgeon in charge, along with their choice of the best procedure for the patient’s specific anatomy and specific outcome desires. In other words, it is the hand wielding the instrument that matters most; a laser, for example, does not turn a poor or inexperienced surgeon into a star!

There are several different surgical techniques and suture materials, and each experienced surgeon utilizes his or her own variations on the standard techniques. By far, the “[Sculpted] Linear Resection” (or “Reduction”) and the “V-Wedge” (and its several modifications) are the most utilized.

Although healing is usually complete and sex may be resumed in 5-6 weeks, it usually takes 3-6 months before it is difficult to see the incision line and all “stiffness” is gone.

In this procedure, excess labial tissue is removed by transcribing a curved line linearly along the redundant labia from lower to upper labia. This resection line may stop at the uppermost portion of the labia or may continue upwards to incorporate a portion of the clitoral hood, if desired. In situations where the hood redundancy is more separate from the main labia, a separate incision line is utilized for the hood.

After resection, the two “leaves” of the labia (inner and outer surfaces) are re-connected with sutures, either through and through or just underneath the skin. Closure is in two layers, under the skin and skin edges, usually utilizing fine absorbable sutures.

This procedure has the advantages of removing the outermost portions of the labia. If these are “darkened,” as they frequently are, “pinker” labia are the result. Thickened and “corrugated” leading edges may be narrowed and removed. This is the procedure that produces a more “up and down” or “Barbie” look. It has advantages over the V-wedge, but some quite distinct disadvantages as well.

Advantages
The major advantages are that the labia may be “made” lighter in color and quite small, although this advantage may potentially be a major disadvantage as well (see below).

Another advantage is that there is less likelihood of wound separation if the patient is injudicious about her activities in the immediate post-operative recovery period (first week after the procedure), as a linear resection incision is less likely to separate than a V-wedge incision line.

Another major advantage is the fact that it is easier to learn the linear technique, so if your surgeon is relatively “new” (less than 25 cases), the linear may be best. This does not mean linear resection is done only by novice surgeons. Some of the most accomplished surgeon/artists that I know use mostly linear resection and get fantastic results.

Disadvantages
However, there are disadvantages to linear resection as well. In accordance with the common adage “If all you have is a hammer, everything looks like a nail,” linear resection may not be the best choice for all anatomies. It is most ideal if your surgeon knows alternative techniques, especially if you have very large labia and/or a “several folded” clitoral hood. Another option is always a “two-stage” procedure, where the surgeon minimizes the size of large, broad-based labia at a first procedure and then does “finishing touches” at a second surgery 2-3+ months later.

The most serious disadvantage of the linear resection is the ease with which too much labia may be removed by relatively novice surgeons.

Another potential disadvantage is both a cosmetic and functional one. It is imperative that cosmetic genital surgeons not stray too close to the clitoral glans, the central hood or and, especially, the frenulum. This area is richly innervated and vascularized, and with a linear technique—especially if the labia are enlarged relatively closely to the glans—it is tempting to bevel tightly in this area, risking sexual pain with arousal and engorgement. Conversely, if the labia are not beveled properly at the top, and/or if robust multiple folds exist flowing from the hood, it is easy to leave cosmetically unflattering “flaps” lateral to and below the clitoris. These may be especially noticeable if your surgeon is a bit too “generous” with labial removal.

The “wedge,” first described by plastic surgeon Dr. Gary Alter of Los Angeles in 1998, was designed after early patients encountered edge sensitivities and “scalloping” with linear resections performed by surgeons who utilized gynecologic rather than plastic surgery sutures and suturing technique. Its use has expanded since then for patients wishing a more “natural” look; with a V-wedge, it is a woman’s own labial edges, minus the large, “floppy” mid-portion, that make up the reconstructed labia. This may be as large or small a modification as desired by removing a greater- or lesser-sized wedge of skin.

In the Wedge, a V-like pie-shaped wedge of tissue is removed from the redundant central labia, with the upper and lower cut edges re-approximated. First, a series of strong but fine absorbable sutures is placed under the skin to re-approximate the upper and lower halves, then the skin is closed with fine absorbable sutures placed about 1/8th of an inch apart or running continuously, with separate suture lines on both the inner and outer surfaces. Of course, it’s not exactly as straightforward as that, as the incision lines need to be curved just right so as to avoid “bunching” of the incision lines and what’s known as “dog ears.” The surgeon must deal with the frequent situation where there are multiple folds “up top,” with only one fold further down.

The V-wedge may be also useful in situations where large components from the clitoral hood make it difficult to “sculpt” the upper part of the repair secondary to the folds. Additionally, the “V” may be modified into a “Y” laterally to include reduction of a redundant outer hood fold into the main incision line.

Advantages & Disadvantages
Advantages of a wedge include greater anatomic individualization in the hands of experienced surgeons, generally a more “natural” edge, and the ability in many anatomic situations to better integrate clitoral hood reduction with labiaplasty.

Disadvantages include a greater possibility of separation of the incision line in the first 1-2 weeks post-op, with the need for greater patient caution after surgery; less ability to “pinken” darker edges; and somewhat poorer cosmetic appearance for women who have significantly rough/thickened/“corrugated” labial edges.

Again, however, I must emphasize your surgeon’s experience and proper training trumps a specific procedure every time!

These three variations all have their champions. The Z-plasty is similar to the Wedge, except that the edges are serrated and fit together like a jigsaw. They all give excellent outcomes in skilled hands, but since they are performed by a minority of surgeons worldwide as they are either more difficult to “get right” or are not applicable to many women’s individual anatomy, there’s no need to discuss them at length here.

Advancing age and childbirths, which may lead to swelling and later decompression of the outer lips, may produce redundant folds of skin, especially when the legs are partially together. If this is cosmetically displeasing to a patient, excess skin may be surgically removed or, if the redundancy is not excessive, it may sometimes be “shrunk” with non-surgical application of radiofrequency (“RF”) energy (“Pelleve™).

This surgical procedure involves making a half-moon or almond- shaped incision (with the straighter side towards the inner lips so as to minimize view of the incision line if possible), removing redundant skin and repairing the defect in layers. Although it takes longer to heal than labia minora, the scar is typically not easily visible in one year.

Many women have what they consider to be extra flesh covering the clitoris, either centrally, off to the sides, or both. In some instances, a woman’s clitoral hood tightens over the clitoral glans or “head” of the clitoris and does not retract with lovemaking (similar to an uncircumcised man whose foreskin will not peel back).

The majority of the time, CHR is performed for strictly cosmetic reasons. Any orgasmic assistance provided is most likely related to the patient’s greater feelings of self-confidence, although there may be situations where over-redundancy or an extremely tight central hood makes for difficult access to the clitoral glans.

The redundancy that is visualized is really only upfolded superficial skin. With the appropriate marking of incision lines and utilizing a tool (precise scissors, laser, radiofrequency) that can be controlled to stay superficial, a skin incision is made as lateral as possible. Skin edges are re-approximated in two layers of fine absorbable sutures.

The risks of altering the clitoral hood anatomy are scarring, leading to pain in this very sensitive area, and disturbance of clitoral nerve supply if your surgeon is not precise enough about staying very superficial and their dissection and goes too deep, interrupting the clitoral nerve supply (with potentially disastrous consequences). CHR is infrequently performed as a single procedure and most of the time accompanies labiaplasty if the patient considers her hood skin to be redundant and visually displeasing.