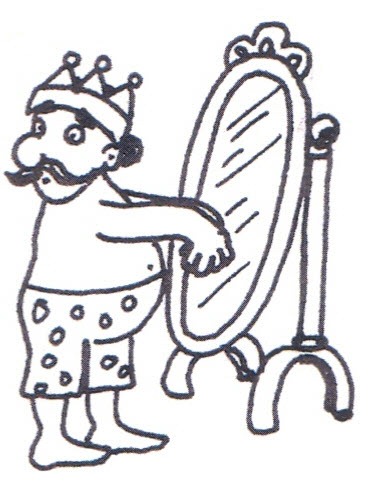 As readers of this blog may be aware, I both write academic and clinical research articles and am a “Peer-Reviewer” for several scientific journals. Among these journals is the prestigious Journal of Sexual Medicine (“JSM”), a first-line publication in the fields of both Sexual Medicine and Urology.

Earlier this year, a physician, genital plastic surgeon and retired former University faculty member from St. Petersburg, Florida, Dr. Adam Ostrzenski (who prefers the title “Professor Ostrzenski”) published an article in JSM entitled “G-spot anatomy: A new discovery.” In it, he described his anatomic dissection of an 83-year-old woman’s cadaver wherein he dissected out an area from the anterior vaginal wall that had a glandular, “grape-like” appearance. He claimed he had made a “new discovery”—that, indeed, he had “discovered” the G-Spot.

Additionally, he took the unusual step (for an ethical and academic physician) of widely publicizing this article and his “discovery” to every physician and contact he had, including the press. As a result, he was invited to appear on the TV program The View to discuss his “discovery.” He also unabashedly publicized this appearance to everyone on his e-mail list. Unfortunately, the appearance was a bit of an anticlimax (no pun intended).

The backlash to Dr. Ostrzenski’s findings has been interesting to watch. In this month’s edition of the JSM, two letters to the editor were published, both from acknowledged international experts in the field who have previously, along with several other legitimate investigators, widely investigated and published articles about the “G-Spot.” These letters took exception to “The Professor’s findings, especially since he specifically did no microscopic studies on the tissue in his ‘discovery’ to confirm that this indeed was a new anatomic discovery, and not simply glands known for years to exist in this area (the peri-urethral, or “Skene’s Glands”), which they certainly appeared to be.”

It appeared both from the doctor’s article and from the experts’ letters to the editor that the whole thing was a bit of a sham—“research” that really was not research, but merely an (initially successful) attempt at self-aggrandizement by a physician by having an article published which should never have made it through the peer-review process in the first place.

In the same issue that published the experts’ letters strongly criticizing Dr. Ostrzenski’s article, Irwin Goldstein, M.D., Editor-in-Chief of the JSM and Executive Director of the prestigious International Society for the Study of Women’s Sexual Health, wrote an unprecedented apologetic editorial explaining the publication of the article to JSM’s readership. He noted that sometimes ill-conceived and not terribly accurate scientific articles slip by the review process and are erroneously published. (Reviewers are not expert enough to review a particular genre, and the associate editors and even the Editor-in-Chief did not scrutinize this particular article closely enough.)

Considering the vast number of research articles published annually by hundreds (if not thousands) of scientific medical journals, the occasional slipup—and there have definitely been periodic slipups—is by far the exception rather than the rule. But they are certainly embarrassing when they occur. The editor of the JSM did not shirk his responsibility and issued a frank mea culpa.

Unfortunately Dr. Ostrzenski chose to multiply this embarrassment—and unwittingly humiliate himself—when he wrote clearly narcissistic replies to the experts’ letters attempting to deflect valid criticism back to the experts. This failed miserably and, sadly, exposed the good doctor from St. Petersburg once and for all. Indeed, it appears that the emperor (or in this case the “professor”) had no clothes on after all.