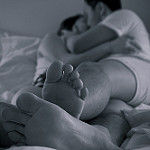 An article from Stuart Brody’s group at the University of Paisley in West Scotland in the Journal of Sexual Medicine (JSM) a couple of years ago1 continues to stir up controversy. In a recent letter to the editor in the JSM, Erin Crabill, a sex researcher from Pennsylvania, further discussed this article and suggested additional research avenues. This is especially of interest to me as it’s directly related to two of my own personal research areas:

In the original article, the authors presented research exploring the hypothesis that larger penises provoke vaginal orgasms during penile-vaginal intercourse (PVI). They believed that subtle female choice is responsible for the evolution of larger human penises. The authors also concluded that direct sexual experiences with female preference for larger penises, not stereotypes in popular culture, are responsible for the male belief that women desire larger penises.

The authors (Costa and Brody) further maintained that the male desire for a larger penis stems from sexual experience rather than from cultural stereotypes or media influence. As Ms. Crabill cleverly argued, she doubts women are turning men away mid-coitus upon finding a smaller-than-average penis or ending a relationship due to small penis size. She suggested ideas for further research which might include information on the length and size of subjects’ vaginal canals, as this is likely to be a better indicator of penis size preference.

What This Means for Patients

So, you may ask, just how does all of this relate to genital plastic/cosmetic surgery?

Orgasmic pleasure in a woman is, as physicians are fond of saying, “multifactorial.” The biggest sexual organ both men and women possess is actually between their ears—relationship quality, fantasy, mood, availability and desire all enter into the equation. That said, as I have written previously2,3, there are most likely two distinct types of orgasm, clitoral and vaginal, and the deep, throbbing vaginal orgasmic experience is directly related to the amount and degree of vaginal stretch, pressure and friction brought to bear on the erotic autonomic nerve receptors in the vagina. This occurs mostly in the nerve-rich area corresponding to the so-called “G-Spot” in the anterior vaginal wall but is also due to receptors in the cervix and elsewhere in the vaginal walls. As a result, any surgical procedure that narrows the vaginal barrel and elevates and strengthens the vaginal “floor” so the penis is thrust more tightly and directly against the vaginal walls and anterior vagina would be expected to elicit a greater sexual response. In other words, a “tighter vagina” would have the same effect as a larger penis.

Additionally, if the perineum/vaginal opening/perineal body is well elevated, bulked and strengthened—as it is with a properly performed vaginoplasty/perineoplasty procedure—the dorsum (upper side) of a man’s penis, as well as his pubic bone, is placed in more direct contact with the external clitoris and aids in production and intensity of clitoral orgasm as well. Voila!

It’s hard (no pun intended) for a man to grow the size of his penis, but it certainly is possible for him to be aware of the nuances and bio-mechanics of the acts of lovemaking. And while a woman may increase vaginal tone with regular pelvic floor exercises, she can not truly diminish the caliber of her vagina. This is where surgical or laser vaginal tightening—along with exercises, toys and loving partner-to-partner communication—comes into play. If this area of your life leaves something to be desired, consider Dr. Goodman as an educated and willing resource!