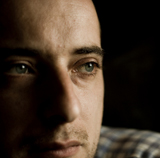 We know the above statement is definitely an eye-catcher, but it’s not anything new to andrologists and sexual medicine practitioners. Just as testosterone (“T”) is also a female hormone, estrogen (“E2”) is a male hormone. Of course, men have much more T than women and, in pre-menopause, women have much more E2 than men. If a woman continues to keep her estrogen in a decent range after menopause via hormone supplementation she, while needing T as well, keeps her E2 at a level higher than her T.

It’s the same for men. If we have enough T, since testosterone is metabolized variably into E2, we most always have enough E2 and function well energetically and sexually. However, if our T is low (symptoms: low energy, lowered sexual desire, lower muscle volume, sometimes depression), our E2 is usually low as well. Testosterone replacement, managed by a skilled practitioner, will help, and a percentage will be metabolized into E2. The synergy between the two hormones is just as crucial in men as it is in women.

If you are a man with symptoms of low T, whom should you see? What kind of testing should you undergo, what questions should you be asked? The vast majority of practitioners – be they Family Docs, Internists, or even Urologists are woefully ignorant of how to test (a “testosterone test” is worthless – it has to be a special test called “free and bioavailable T”), who to test, how to treat, and co-morbidities- (that is, other illnesses) especially cardiovascular- that co-exist with low T and low E2. To my mind, the only practitioners savvy enough to work in this area are specialists called “Andrologists,” or a physician interested and specializing in “Sexual Medicine.”

In men, where there is a T, there is also an E2. Occasionally a man will over-metabolize his T into E2, and experience breast development, which is treated by medication to lower this conversion.

While women and men certainly appear to be “different species,” our similarities are astounding.

Finally!  A first!  A book on menopause for men!  Author Dr. Michael Goodman shows men how to … END_OF_DOCUMENT_TOKEN_TO_BE_REPLACED