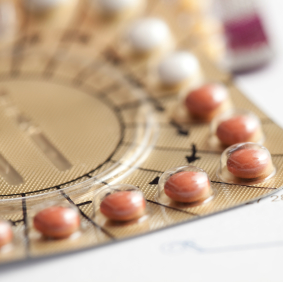 Sooner or later I’m asked this question by all of my patients on estrogen therapy (ET), and my answer has evolved with the passage of time and marriage of the evidence-based literature with experience and common sense, into the clear position that I now hold: So long as the dose of estrogen is not excessive, and especially if the hormone is administered transdermally (through the skin,) there is little reason to discontinue hormone therapy.

Although dosage may slowly be lowered over time, continuing on ET well after menopause is cardioprotective, bone density protective, cognitively protective, and protective of quality of life in general (skin tone, sexually, etc.) In addition to adding years to one’s life, ET appears to “…add life to one’s years…”

Certainly, the pendulum has swung over time, and the history of ET is checkered as more information becomes available, and studies are interpreted (or, as in the case of the Women’s Health Initiative- WHI- misinterpreted). When the WHI study findings were released in 2002, the press and many clinicians misinterpreted the findings as showing that estrogens caused breast cancer, a position that turned out to be false, and -unfortunately- tens of millions of women either on their own or upon recommendation of their doctors, stopped their estrogens. In fact, even today, doctors less experienced with the pros and cons of ET and less in touch with the evidence-based literature still eschew hormones with the very mistaken belief that they “cause cancer.”

Interestingly, in the crazed time after release of the WHI, the only physicians who did not advise their patients en masse to discontinue ET were menopause specialists, who actually read the study and realized the flaws; they waited for all the data to come in, and their patients would be rewarded with increased longevity as they did not, as so many misinformed healthcare practitioners, advise their patients to stop (and not restart) their hormones.

Subsequent to the publishing of the WHI, as it became apparent that the data was prematurely released prior to adequate evaluation, it has become apparent that it was not the estrogen that accounted for a slight increase in breast cancer found in a portion of the group, but indeed the synthetic progesterone added to the estrogen that was the “bad actor,” and that women who took estrogen alone experienced no increase in cancer rates!

Additionally, it has been realized that the apparent increase in cardiovascular disease noted was not long-lived and encountered only in women who were started on hormones many years after menopause. Women initiating estrogens “near to menopause” (within several years of the final menses- the sooner the better) have encountered significantly less cardiovascular problems and indeed an > 30 % less death rate from heart disease over time.

In the cautious era following the realization that the WHI had been misinterpreted, the “official” position was “lowest dose for shortest period of time.” Use ET to help your patient for a year or three through the rocky years of the menopausal transition, and then discontinue. There was still the issue of blood clots and stroke, the whole issue of cognitive benefits was not fully understood, and no one was much looking at “QOL” – quality of life issues such as skin tone, memory and cognition, sexuality, etc. that are undeniably improved with continuation of hormones. The issue of blood clots/stroke was clarified with the realization that these were increased only in women taking oral ET, which is encouraged by insurance companies as pills cheaper than transdermal delivery systems.

With publication of additional long-term major studies, and close re-evaluation of existing observational and prospective research, the following position is emerging:

The benefits inferred by ET do not miraculously continue forever after discontinuation of hormones. In summation, there appears, in my mind and influenced by the long-term evidence-based literature, little rationale for the discontinuation of estrogen therapy, if the following guidelines are adhered to:

Along with healthy lifestyle (mindfulness-based stress reduction, healthy nutrition and regular exercise), ET certainly appears to be an important component of “graceful aging.”

Special note from Dr. Goodman:  I have retired from Hormone Replacement and Gyncology, but I … END_OF_DOCUMENT_TOKEN_TO_BE_REPLACED