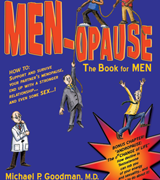 Nothing in medicine — not even intuitive certainties — are considered “official” until proven by published, evidence-based studies. Well, here comes one from Iran, positing that spousal support during the menopausal transition plays an important role in improving women’s quality of life during their journey through menopause. Since, according to its authors, “…the first step in providing support is having adequate knowledge, the present study investigated the effects of an educational program on menopause health for spouses on women’s quality of life during the menopausal transition.”

A clinical trial involving 100 healthy women aged 45 to 60 was undertaken. Half of the spouses attended 3 training sessions about the management and health of menopausal women; the spouses in the other group received no training. Knowledge and performance about menopausal health were assessed in all spouses before and then again 3 months after the “training.” All women were assessed by the “Menopause Rating Scale” and the “Menopause Quality of Life questionnaire” (two validated questionnaires) before and 3 months after the intervention.

Findings are as follows:

This is especially gratifying for me to see in print. This was intuitive when I authored the first (and only) book about the menopause transition written specifically for men. It addresses what menopause involves, what women are going through, what they struggle with, how to be knowledgably helpful, and how and when to “…stay out of the way.” MEN-opause: The Book for Men, was first published in 2009, and is still the only book of its kind, written specifically for a male audience. It is rewarding to see what I intuited proven in an evidence-based scientific article. The “intuitive” merges with the scientific! Both common sense and now “evidence-based medicine” confirm that the more your partner truly knows about the menopause transition — especially if it is written in a conversational manner easy for him to understand and enjoy — the more help he can be to you!

Click here to order a copy to share with the important man or woman in your life.

Finally!  A first!  A book on menopause for men!  Author Dr. Michael Goodman shows men how to … END_OF_DOCUMENT_TOKEN_TO_BE_REPLACED